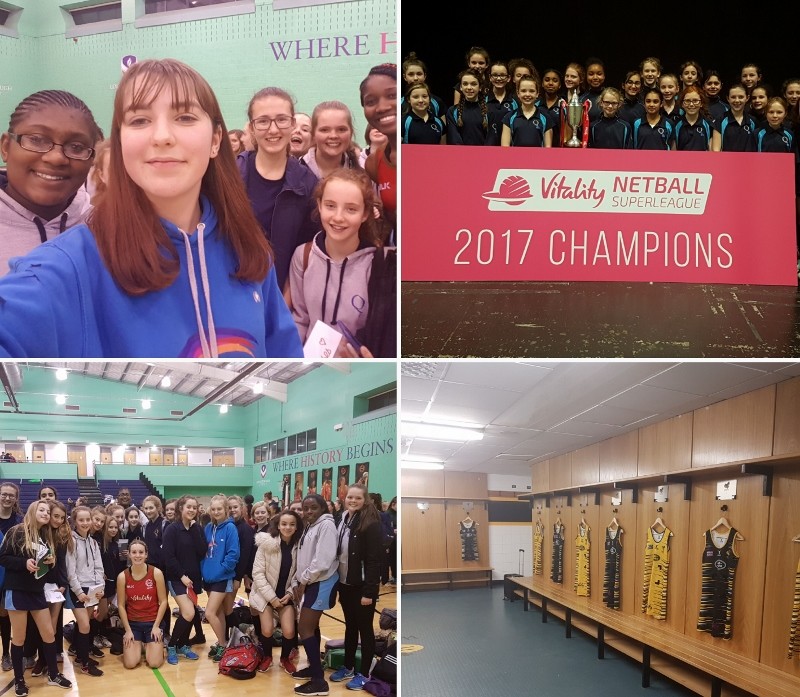 The new school term started with a bang this week for our netball girls with two exciting netball trips. The first trip, attended by our Y8 and 10 teams and Y11 leaders, was to Loughborough University.

As part of our involvement in the TeamUp sports initiative we were invited to go and watch the England Netball team taking part in a training match as they prepare for the Quad Series versus Australia and the Commonwealth Games.

It was an incredible experience to watch some of the best female athletes that our country has to offer in action live with so much talent on show. After the training match our students were invited on court to mingle with the players and were able to talk to the players, get autographs and take photos. A once in a lifetime opportunity that will inspire our girls as they continue their own interest and involvement in netball at school, club and county level.

The second trip was to the Ricoh Arena in Coventry, home to Wasps Netball the current Netball Superleague Champions. QB Netball were invited for the annual Wasps Netball Community Day following our partnership that began last year.

We were welcomed by the Team Manager Sarah Taylor and were introduced to some of the Wasps players. The event was also supported by the Wasps coaching staff and physio and there were also representatives from West Midlands Netball and England Netball.

Our afternoon was fun-filled and action packed. The QB netball girls took part in skills and practices, had a tour of the dressing room and player facilities and had their photos taken with the champion's trophy and the players!!

It was an awe-inspiring visit for our girls which we hope will spur them on as all of our teams pursue their last remaining games of the season. Back to training next week...