Queensbridge School is very proud of the fact that two of our very own teachers play sport at international level. We would like to take a moment to share their achievements with you.

Sarah Cross-Fellows, our Head of PE, is an incredibly dedicated and passionate Hockey player. She is an England Hockey Masters Goalkeeper Coach for the Women’s 040s, 045s, 050s. All of the teams that she coaches have most recently competed in the Home Nations Competition in June at Southgate Hockey Club, which saw victories for all teams including the O55s and 060s and them being crowned Home Nations Champions. Sarah is currently busy preparing all goalkeepers for their European Championship tournaments in Rotterdam, Holland in July and Krefeld, Germany in August. We are rooting for Sarah and her teams to be crowned European Champions for 2019! Sarah’s prolific international sporting career outside of her teaching role, enriches the experiences for our QB pupils and we are with her every step of the way.

Jack Hallett, the youngest member of our Science team, is a lifelong Lacrosse player. He currently plays for Cheadle Lacrosse Club, a team in Manchester. He started off this Lacrosse season by winning Bath 8’s competition. He was first formally called up at senior level this April, for Wales at the Home Internationals in Aldershot. There, he was part of the team that defeated Scotland 11-2 and then England 6-5; an overtime thriller that saw Wales winning the whole competition. Jack is currently preparing for the European Championship in 2020 which will be hosted in Wroclaw, Poland. Jack’s sporting experience at international level is inspiring for the pupils at QB and we are immensely proud of his achievements. We wish him the very best! 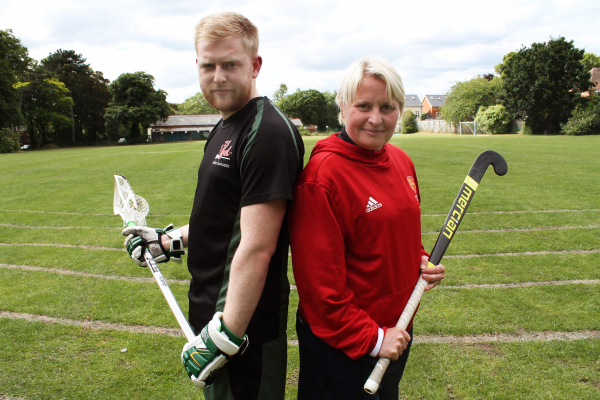